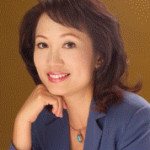 Rated as one of the World’s Top 30 Leadership Gurus 2013 and Top 100 Thought Leaders in Management & Leadership (2008-2011), Maya Hu-Chan is an international management consultant, executive coach, author, and speaker.

She specializes in global leadership development, executive coaching and cross-cultural business skills. Harvard Business School has chosen her book Global Leadership: The Next Generation to be one of their Working Knowledge recommended books. This book was translated in multiple languages.

In addition to Global Leadership: The Next Generation, she is also a contributing author to the following books:

Maya has trained and coached thousands of leaders in Global Fortune 500 companies throughout North and South America, Asia, and Europe.

She has worked extensively in China, Taiwan, Singapore, Hong Kong, India, Korea and Japan, helping global companies to develop senior executives and high-potential leaders as well as teams. Maya is fluent in English and Mandarin Chinese.