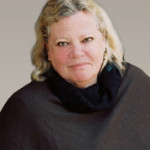 A native of Washington, D.C., Marta moved to Spain after finishing university studies in the States. She founded The Washington Quality Group in 1992 with partners John Byrne and Carlos E. Marin, in order to help Spanish executives develop their leadership skills. She also founded The Institute of Coaching in 2001.

As a journalist, Marta represented ABC News and U.S. News & World Report as their Spanish correspondent for many years. She was a member of the founding editorial team of EL PAÍS, Spain’s most important newspaper, before she began her career as a consultant and coach.

Long interested in volunteer work, she was a founding member of the Mayor’s Hotline for Madrid Mayor José Luis Alvarez, the Parents’ Association for Children with Congenital Heart Disease, the Association for Parents of Dyslexic Children, two major women’s groups, Madrid Network, The Charter 100 of Madrid and the International Woman’s Forum.

In 2001 she was given Honourable Mention by the Spanish Federation of Women Entrepreneurs as “Business Woman of the Year.” She is also a collaborator of the Peter Drucker Foundation, Leader to Leader.

Named the first “Young Trustee” in the United States at age 21 on graduation from her alma mater, Wilson College, Marta moved to Spain to work in journalism, earning a second degree in Journalism and News Production at the CEV Institute of Spain.

She has taken part in workshops, seminars and courses on leadership, feedback, coaching and executive development in the US and Europe.

She participates regularly in television and radio programs on human resources and leadership and she teaches classes at three of Spain’s MBA programs.