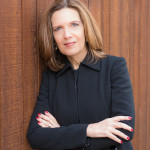 Barbara Mintzer-McMahon is an organizational consultant, executive coach and trainer with more than 20 years of experience. She specializes in change management, leadership development, team building, and building strategic partnerships.

Ms. Mintzer-McMahon facilitates workshops and consults both nationally and internationally for a wide variety of professional organizations including those in business, media, high-risk occupations, hospitality, mental health and education.

Ms. Mintzer-McMahon is a member of the executive leadership team and head of the Women in Leadership Consulting Division for The Alexcel Group.  She served as lead coach for the coaching faculty for the Global Institute of Leadership Development at Linkage from 2002-2011. She is widely regarded as an industry pioneer in the use of multi-source assessment tools and is one of the first consultants in the U.S. trained and licensed to administer 360-degree instruments developed by the TEAMS organization. She is responsible for the design and development of the Rater Team Review as described in her article in Executive Excellence (August, 2002). This is a group process used to gain system-wide stakeholdership and support for the action plan created out of the multi-source survey.

Ms. Mintzer-McMahon has over thirty years of experience as a psychotherapist. During part of this time, she worked as a full time clinical consultant to a police department in Northern California. While working for the police, she developed one of the first systemically-oriented programs in stress management and soon became sought after as a consultant in stress management for both businesses and professionals in high risk occupations. In 1989, she founded The Center for Transitional Management (CTM), a psychological and organizational consulting firm in Orinda, California.

As a psychotherapist, Ms. Mintzer-McMahon has accumulated over thirty years of clinical experience. She taught Systems Theory and Group Dynamics in the Graduate Psychology Department at John F. Kennedy University in Orinda, California.  She also served as adjunct professor at St. Mary’s College in Moraga, CA teaching group process in the Graduate Department of Education and Counseling.

She has keynoted and developed training programs based on her change management model, “The Six Points of Influence”, as well as programs for women in leadership, strategic partnering, and strategies for successful leadership. She has made these presentations for companies including Shell International, Intel, Pellar Corporation, Nektar Therapeutics and University of Polytechnic in Madrid. Ms. McMahon has traveled throughout Europe, China and the Middle East.

Ms. McMahon has an MSW degree from San Francisco State University and a BS in Sociology from University of California at Berkeley.

Ms. Mintzer-McMahon is a member of the executive leadership team and head of the Women in Leadership Consulting Division for The Alexcel Group.  She is an affiliate partner at the Institute of Executive Development and an affiliate trainer at Marcus Buckingham Company. Ms. Mintzer-McMahon is an executive coach for CoachSource and a member of the Best Practices Institute, the International Society for Coaching Practitioners, Fortune100 Coaches, and Leadership Think Tank.